Summer in Denmark means a lot of jazz music in the air. Copenhagen Jazz festival founded in 1979, is the biggest music event in the Danish capital and has been going on for 30 years now.

Concerts big and small take place in various parts of the city whether indoor or outdoor. Indoor venues include small cafes, clubs, and concert halls.

While outdoor venues include:

Artists sure to grace the festival concerts were American artists:

Tech-savvy jazz lovers availed of the official free guide to the Copenhagen Jazz Festival 2010 by downloading it to their iPod Touch, iPhone and iPad. The guide provided information on the artists’ profiles and concerts, venue, and maps as well as other activities during the festival.

This major Copenhagen event has also been getting rave reviews from music critics and websites worldwide. Many have praised this festival as the world’s most ambitious jazz event, one that demonstrates diversity and a model of excellence for international jazz events.

Attending this festival should not be a problem as Copenhagen offers great accommodation and transportation to get to the various venues around the city. If you get a Copenhagen Card, you will also get to visit 65 museums and other attractions for free.

It is one of Europe’s most important international music event.  This is based on eminent artistic quality and sharp focus on new departures in both Danish and international jazz.

More than 250,00 guests join in every year as the festival envelops Danish Capital.  You can enjoy jazz on the city’s streets, clubs, cafes, and concert halls.

This event is one that you should not miss.  You can enjoy yourself at the open-air night venues in the very heart of historical Copenhagen.

In the 1950s and 1960s, Copenhagen’s legendary status as one of the jazz capitals in Europe grew.  It was a time when a whole host of leading American jazz icons had their creative base in the city.

Some of them were:

There are many free open-air stages strategically located throughout the historical city center.  It is a great time to just sit back, relax, and enjoy the show.  This event is perfect for those who are into jazz music.  They can have a great time with their friends and family.

Visitors can look forward to wandering around the friendly and creative city accompanied by jazz music day and night. That makes this festival one of the best public festivals in Copenhagen.

If jazz is your kind of music, then visiting Roskilde is a must.

Concerts in this cathedral town near the capital of Copenhagen were held in many venues at the downtown area. Local residents and visitors are in for some great entertainment as 25 to 30 concerts are scheduled to take place featuring different styles of jazz music ranging from the traditional to the contemporary and from the blues to the swing type.

More than 100 musicians were expected to join this event to provide top quality jazz music to people. The Roskilde Jazz Festival takes place every third weekend of June and in 2010, it was scheduled on June 18 to 20. Music lovers can relax while enjoying live jazz tunes being performed at various places such as restaurants and downtown cafes. No need to buy tickets as most of the concerts around town is free.

For those new to Roskilde, there are other fun and enriching things to experience while in town. After attending some of your preferred concerts, you can always take a tour of the place.

You can explore the town on your own or join guided tours of Roskilde’s popular tourist attractions. There are religious structures worth visiting such as churches, cathedrals, and monasteries as well as museums.

Roskilde is situated on the island of Zealand. This is an ancient city that dates back to the Viking Age. Jazz music, on the other hand, has been an important musical development in Denmark. It started in 1923 with Valdemark Eiberg’s band and their recordings in the year that followed.

It was, however, in 1925 when Denmark was properly exposed to jazz music through Sam Wooding and his orchestra who performed in Copenhagen then.

Copenhagen Jazz Festival – Did you know..

In 2009, Denmark.net sponsored two trips to the Copenhagen Jazz Festival for the winners on the Denmark.net Jazz Weekend blogger competition.

This is a guest post by Peter Fogtdal, the winner of our Denmark.net Jazz Weekend competition. Peter was in Copenhagen for the Jazz Festival last weekend.

I'm a rock n' Roll, reggae, gospel kind of guy. I want tunes I can hum to, I don't want to listen to five hour long saxophone solos by self absorbed crack addicts. They make me fall asleep – mostly the crack addicts, not the saxophones. 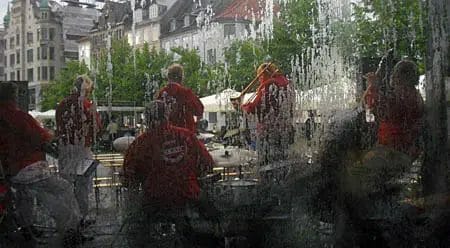 However, I do love the blues. How could I not?  I'm Danish and we Danes like to whine about everything. Blues is a constructive way of complaining about heart breaks, death, and the rising prize of tomatoes.

I also like Dixieland music. My mother was a huge fan of Ella Fitzgerald and  Louis Prima – I Ain't Got Nobody was the national anthem of my youth. 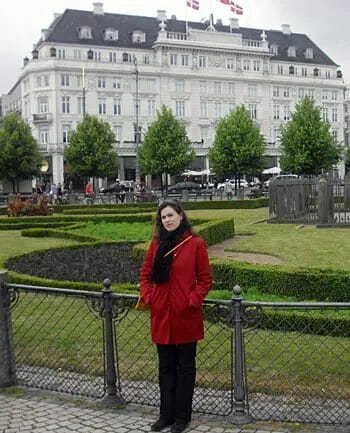 So I'm going to take it all back, I actually like jazz. And I certainly love Copenhagen's Jazz Festival, especially when I'm allowed to stay at Hotel D'Angleterre in the middle of Copenhagen.

That's right, my girlfriend and I  just stayed at D'Angleterre for a long weekend because I won Denmark.net's blog contest. I submitted my insulting piece, Denmark for Dummies: A Superficial Introduction to the Happiest Nation on Earth. And they picked me.

So did the last weekend of Copenhagen's Jazz festival, by the way.

As always, it was a great event with more than 600 concerts. Big names like The Blind Boys of Alabama and Chick Corea graced our city along with local bands on every street corner.

Most of the audience seemed to be older people – jazz doesn't appeal much to the young. Maybe that's why they did Jazz for Kids – a way to get adolescents addicted to swing instead of heroin?

Whether it works or not, I have no idea. All I can say is that Copenhagen's Jazz Festival is a wonderful event. No matter where you turn, you run into a sweaty bass player.

You even got bands in the canal boats. I wouldn't be surprised if you'd find a Dixieland trio in one of the public toilets.  When we Danes throw a festival, we mean business. 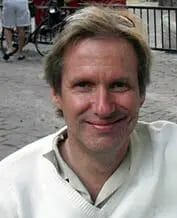 So, Copenhagen Jazz Festival is here to stay. And hey, I would love to come back next year. Just let me return to D'Angleterre again.

Peter H. Fogtdal is a novelist from Copenhagen who has written twelve novels in Danish. Three have been translated into French, two into Portuguese, and one into English, THE TSAR'S DWARF. He maintains a funny blog DANISH ACCENT, http://fogtdal.blogspot.com.

This internationally famous Copenhagen jazz festival is now on its 31st year. In 2009, the grandmasters of jazz were a major feature of the event in addition to the salute to modern jazz.

Among the jazz legends honored in the big event were Nina Simone, Ben Webster, Charles Mingus, John Coltrane, and the creator of Danish jazz music Aura.

If there’s any jazz festival in the world that devotes a lot of time to holding jazz music events, it has to be this Copenhagen fest. Every day, musical performances take place in many parts of the city from street squares, parks and other open air spaces.

It is worthy to note that Danish musicians also take an active part in this yearly activity to showcase their talents to local and foreign tourists. Another admirable act here is the jazz concerts held exclusively for young children.

The Jazz for Kids had five days devoted to concerts, workshops, and other new events for kids. Children, especially the musically inclined ones, can learn to appreciate music when exposed at an early age.